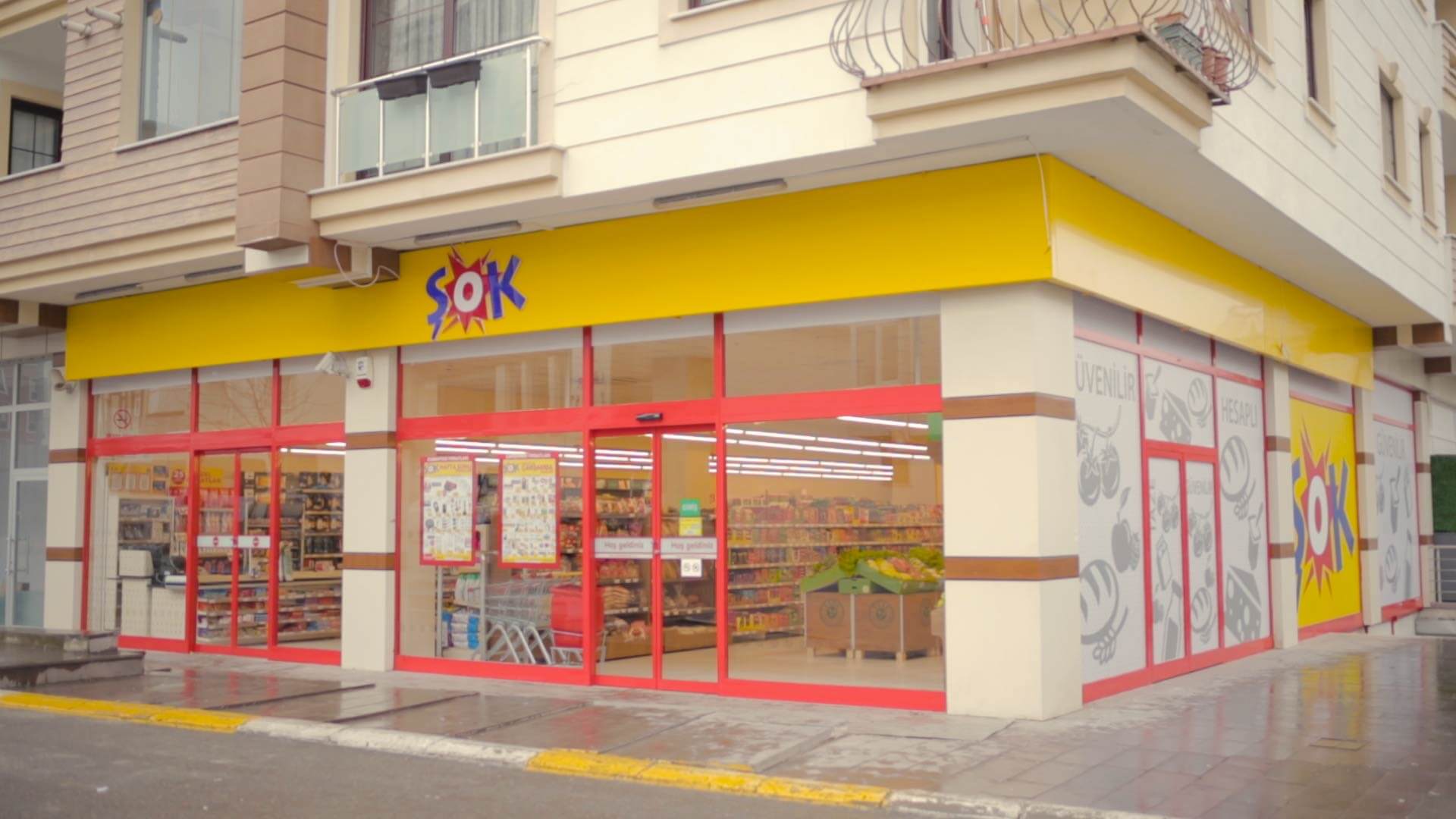 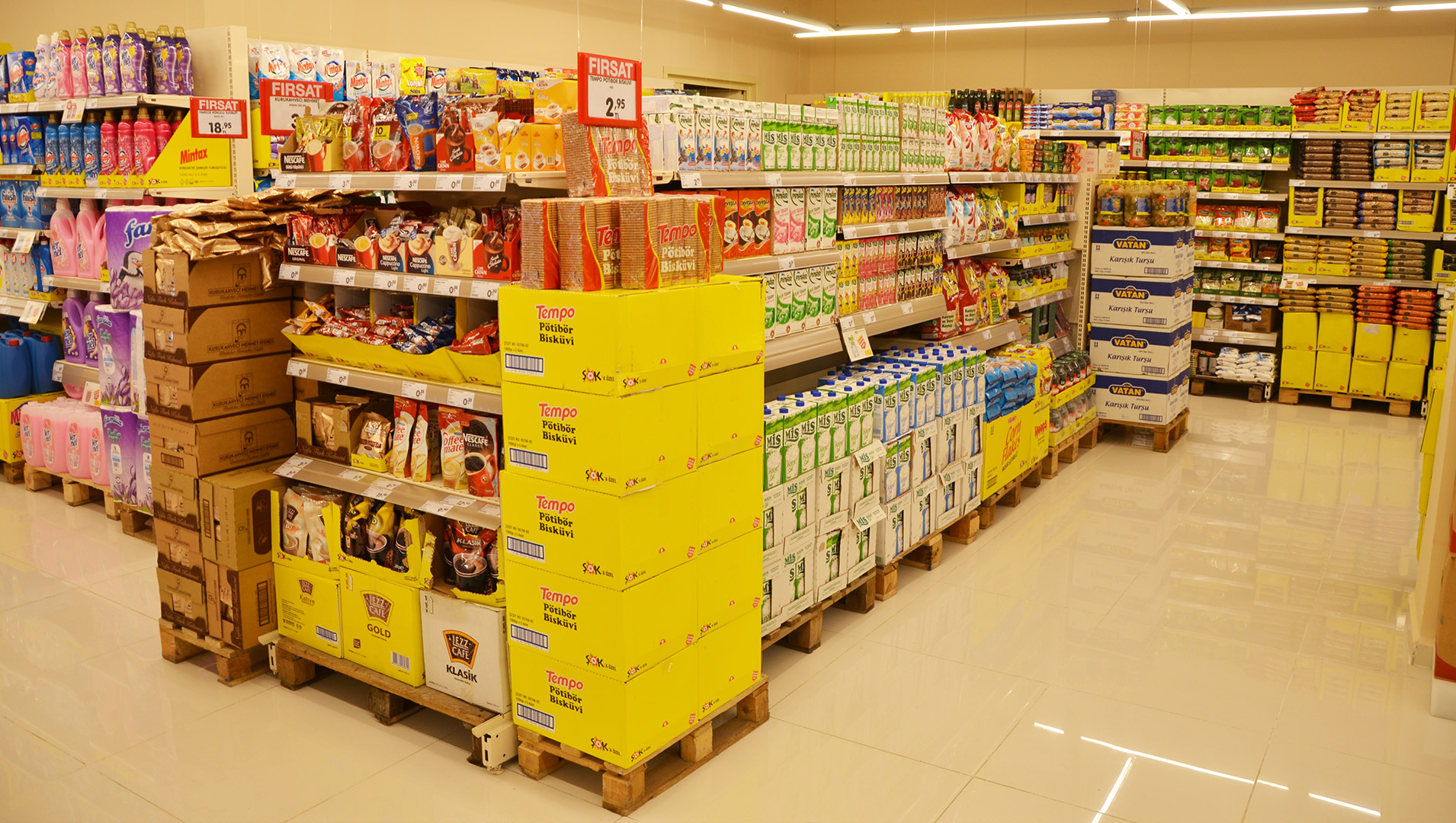 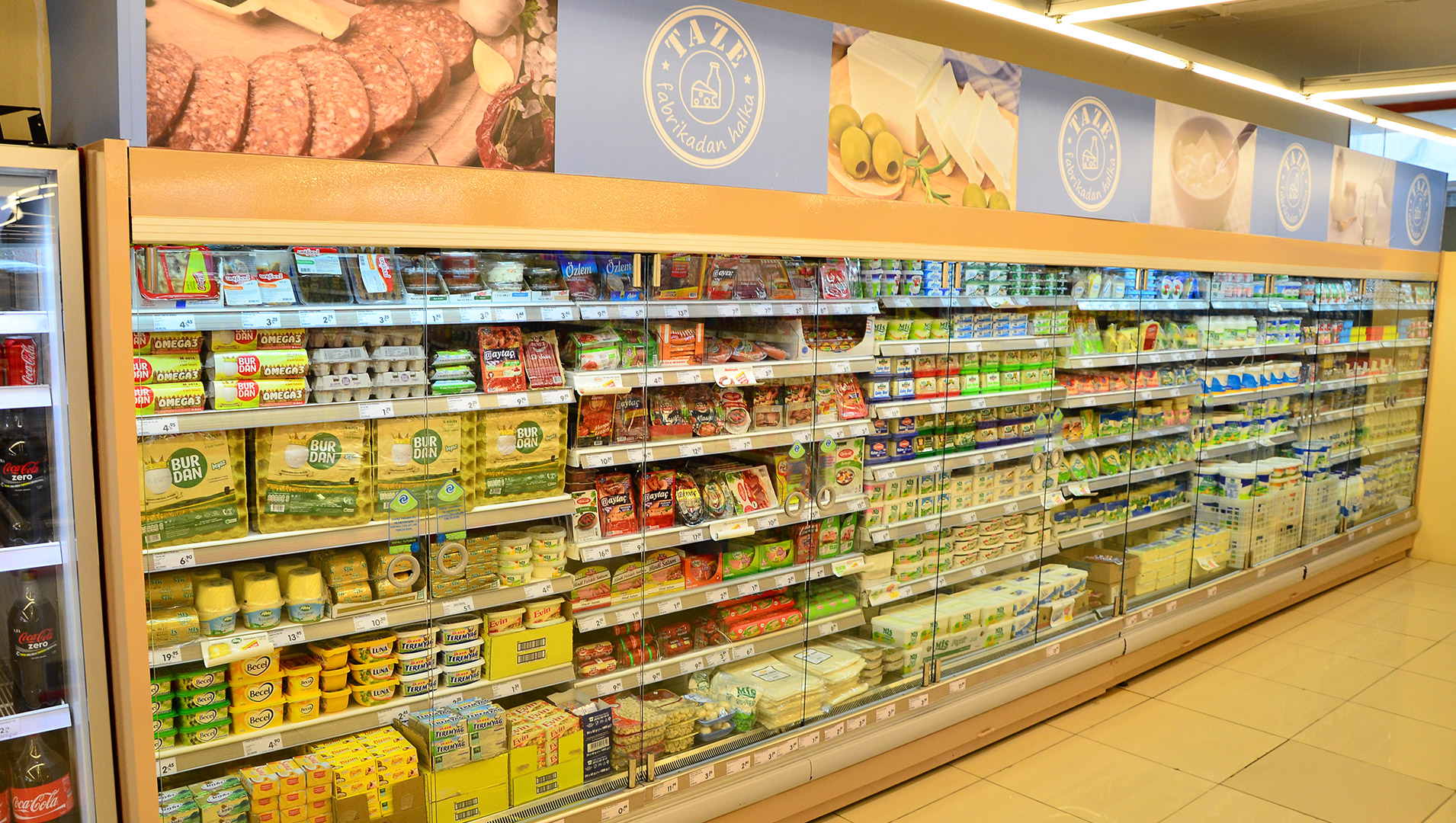 Previous Next
1995
Started operations with 13 stores.

2013
Incorporated Dia S.A., a discounter with 584 stores, and the Onur Ekspres Marketçilik A.Ş. retail chain (known as Onurex in Turkey) with 116 stores, as well as Devamlı İndirim Mağazacılık (Dim), a retail chain with 18 stores.

2014
The conversion of all stores into ŞOK stores was completed.

2015
Introducing a new business model and store concept, as well as opening 3 stores every day on average, ŞOK Marketler grew organically and reached 3,000 stores at year-end.

2016
With the strategy of opening 3 stores daily, it reached 4,000 stores, of which 1,000 were new. All stores were revised according to the new concept.

2017
ŞOK Marketler expanded its presence across 81 provinces with more than 5,100 stores, and “Cepte ŞOK” mobile app was launched. ŞOK Marketler became Turkey’s first retail discounter with a mobile app operating on a “Click and Collect” basis.

2018
The number of stores reached 6,364 and ŞOK Marketler, with a market size of TL 2.3 billion, undertook the largest initial public offering of the last decade.
Academy ŞOK was launched to provide easily accessible digital learning and development opportunities to employees throughout the network.

Some 12,500 bags made by 2,000 housewives were made available for customers as part of the social responsibility project “Ben de Varım,” initiated to encourage women’s participation in economic life.

2020
Throughout the coronavirus pandemic, ŞOK Marketler promptly and consistently took action to protect employees’ health and its product stocks, continuing to provide customers with uninterrupted services.

Cepte ŞOK was enriched with the home delivery feature, with the orders of all customers delivered to their homes, free of charge.

Under the “Fair Agriculture from Farm to Table” project, ŞOK Marketler implemented direct procurement processes and provided a procurement guarantee to support farmers. With direct, end-to-end agricultural practices, the Company supplies the products needed by customers in a timely fashion.

2021
In 2021, where the negative impacts of the pandemic continued, ŞOK Marketler continued to provide uninterrupted service to its customers thanks to the steps taken in digitalization. “Cepte ŞOK” was enriched with the order by phone feature, and the needs of all customers were delivered to their homes, free of charge.
The loyalty program, “Şok Yıldız” which is included in the “Cepte ŞOK” app and is exclusive to the online channel, customer numbers increased; and through operational perfection the customer experience also increased.

Continuing its investments rapidly without interruption as per the target of “Opening around 1,000 stores each year,” ŞOK Marketler employed approximately 4,000 employees and the total number of employees reached 39,659, in 2021.

Under the “Fair Agriculture from Farm to Table” project and through direct procurement processes, ŞOK Marketler provides a procurement guarantee to support farmers and encourages them to produce. Thus, a very large ecosystem was created, which not only includes fruits and vegetables, but also agricultural foodstuff, where thousands of people work including farmers, producers, and drivers transporting products to the stores. Instead of providing raw materials needed for production from other producers, thanks to the vertical integration for agricultural products, ŞOK Marketler produces the raw materials itself, and thus supports the budgets of its customers by offering quality products at fair prices.